A new essay on the emergence of the United States Space Force as the sixth branch of the US Military, the history of the space race to secure hegemony for the US and its corporate allies, and the surprisingly true story behind the Mr. Show sketch about blowing up the moon!

Available in text format the Pluto Books blog or as an audio essay for Antifada patrons (alongside an interview with Bruce K. Gagnon of the Global Network Against Weapons and Nuclear Power in Space).

An essay about Bob Dylan’s bizarre hit “Murder Most Foul,” the lure of conspitorial narratives, shifts in generation thinking, and Dylan’s own career.

On November 22, 1963, Dylan was scheduled to play a concert in upstate New York. He was worried his recent opener “The Times They are a-Changin’,” with its lyrics of letting the weights of the old world sink in order to create a better one, would enrage the audience. But he played it for the sake of consistency, and to his disgust, the crowd loved it. “I couldn’t understand why they were clapping,” he told his biographer Anthony Scaduto, “or why I wrote that song even.”

Hagiographies of Kennedy often portray his assassination as the end of an Arthurian America, ushering in an era of race riots, senseless war, and parapolitical intrigues that Dylan calls “the age of the Antichrist.” The allusion to Shakespeare’s Hamlet in the song’s title, however, implies that through telling the story there may be some hope of redemption, or at least vengeance.

Read the Rest at ProteanMag.com

‘Under the grim pressures of 20th century history, and now climate change, Gittlitz shows how explosions of black political humour also contain utopian hopes very necessary to keep alive. As an advocate of Partially Automated Adequate Socialism I can only agree, and applaud this fine addition to leftist history’
– Kim Stanley Robinson

Purchasing options:
Europe/US: Direct from Pluto Press, and use code POSADAS20 for 20% discount at checkout
From Queens independent bookshop Topos Books [or mail order]
From Red Emma’s in Baltimore [or mail order]
Or, buy it from a major online retailer and leave a review!

An essay about the origins of my Posadas project and the relevance of paranormal phenomenon and myth to the socialist project.

This was the second time on the trip my UFO interest had put me in an awkward spot. In Montevideo, where I was able to visit the secretary of one of the last remaining Posadist parties, I stayed at bed-and-breakfast operated by an employee of the national theater. I told him about my project, and he told me he was a believer. His brother, he said, was a victim of the luz mala. It had happened when his brother was very young, riding his horse home through the Pampas one night. The light chased him, and although he escaped, he was never the same afterwards. He tried to put the event behind him, but true to the tradition, he was cursed, and took his own life in his twenties. The surviving brother was certain that reality was not what it seemed, subscribing to what I gathered to be a David Icke-inspired theory that the elite were interdimensional demons. They were not aliens, he clarified, whom he believed to be a sympathetic element in a cosmic hierarchy with advanced conceptions of order and justice. Earth’s ruling class were instead terrestrial bloodsuckers, perhaps from some crevice of the hollow Earth, who have reduced the fate of Latin America to its finances, the future of 700 million people yoked to the strength of their currency against the dollar.

An essay for Commune magazine about the history of antifascism, how it emerged in North America, why some leftists hate it, and where it should go next:

Antifa’s critics are correct to note that this is not the Weimar era, but they don’t offer any alternative explanations or responses to today’s developments. The street battles of 2017 had their origins in our own time. Trump’s election was part of a sequence of victories for right-populist and “illiberal” authoritarians in Britain, Russia, India, Turkey, Hungary, Italy, Colombia, and the Philippines. Militarizing borders in the face of global trade and immigration, removing all obstacles to capital in the form of unions or regulation, and attacking minority groups and women, this political wave shares enough with historical fascism that some call it “late fascism” or “post-fascism.” While there is no fully revolutionary wave to which this phenomenon responds, it has emerged in response to the Arab Spring, Occupy, Black Lives Matter and other social movements. The Trumpian emphasis on “law and order,” in particular, refers to the riots of Ferguson and Baltimore. These movements and the rightwing “illiberal” reaction to them gesture, respectively, toward revolution or dictatorship–a polarization strengthened by capitalist stagnation and ecological breakdown.

Read the rest at communemag.com 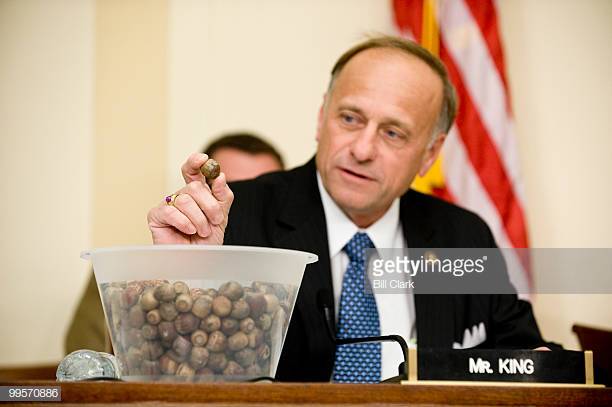 A review of the recently-released documentary on the O’Keefe sting against ACORN and how the democrats played along.

The film shows how Wade Rathke, an ex-Students for a Democratic Society member, formed the Association of Community Organizations Reform Now. ACORN rose to power throughout the 70s and 80s. It’s novelty: organizing welfare recipients, forming tenants’ unions, building urban homesteads throughout the crumbling inner-cities, canvassing door-to-door in poor neighborhoods, and forming electoral blocks like the Working Families Party to hold nominally progressive politicians accountable. More recent footage included by Atlas and Pollard shows ACORN activists bussing from city to city, protesting for wage increases, getting in face-to-face confrontations with congressional staff, and marching through a bank office to protest predatory lending, its employees cowering under their desks. In one clip from a training session, an ACORN organizer reveals a hidden secret of their approach: it is always worth it to engage in a losing campaign so long as it empowers the base. The current DNC seems only capable of capitulation.

Read the rest at the Baffler

A brief survey of four Marxist thinkers who intervened in UFO-research and culture. Among these were J. Posadas, two ex-members of his International, and the ancient-alien theorist/Partizan Peter Kolosimo:

Wu Ming, a communist writing collective known for its historical fiction, sees Kolosimo as using pseudohistory as a tool to shake people from their belief that capitalist society is natural and transhistorical, opening minds to other possibilities for how humans can live. They regret that popular proponents of his theories today, like Graham Hancock and Erich von Däniken, are unable to recognize the political motivations behind his project: “Nothing of his radicality survives in today’s copycats… Every corner has been blunted, the heresy has become telegenic, but we know that the revolution will not be televised.”

Read the rest at The Outline 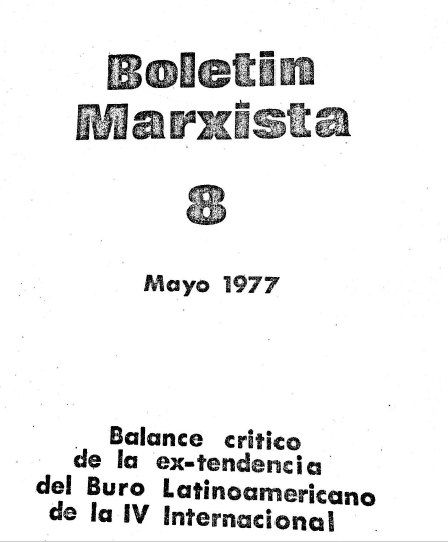 Marxists.org published Nicolas Allen’s translation of the Boletin Marxista 8, probably the best political account of what the Posadist movement was from its ex militants:

In this document, these former Posadists offer a balance of their time in the movement, a political diagnosis using the history of Marxist-Leninist-Trotskyist thought as its instruments. Despite the technical approach, the drama of Posadas’s megalomania and the cult-like ascetic lifestyle he demanded of his militants appear as elements, along with a reckoning of their complicity in its development. The documents is also concerned with the general failure of Trotskyism to achieve it goals, exemplified by the BLA split that they call “the most tragic step to ever be taken by a tendency of proletarian origin,” which they caution should not be reduced to “a question of simple individual madness.”

Read the rest of the introduction and the text at Marxists.org


Special thanks to Sebastian Budgen, David Walters, and CeDInCi Archives in Buenos Aires for their assistance!

I also got a shout-out from Argentinian journalist of paranormal culture Alejandro Agostinelli in this transcribed interview about the Posadist movement for his Blog. Expect a lot more Posadist stuff soon! 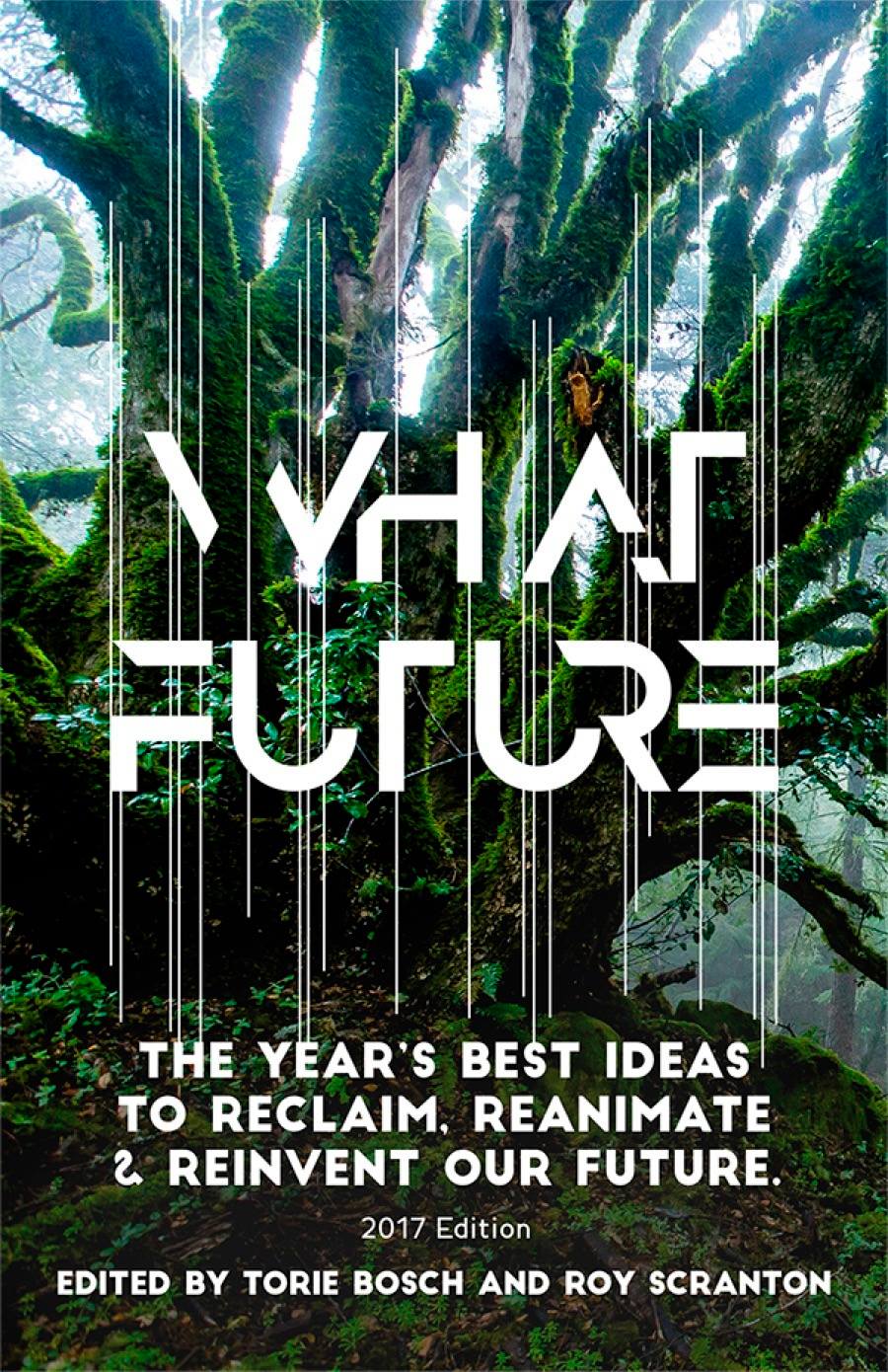 I’ll be discussing my essay “Let Them Drink Blood” about Peter Thiel’s vampiric-futurism at the What Future anthology release panel November 3rd at Books are Magic in Brooklyn. The anthology, available from Unnamable Books, also features essays from Kim Stanley Robinson, Laurie Penny, and Elizabeth Kolbert.

What Future is a yearly anthology collecting the most compelling, most deeply thought essays and articles about the future of life on our planet. Whether it is automation or climate change, gender or race, space travel or non-human rights, What Future takes what is happening today, and asks: what next?

What Future’s co-editors Torie Bosch and Roy Scranton will be joined in conversation by contributors Sarah Aziza, David Biello, and A.M. Gittlitz.

Sarah Aziza’s longform writing has appeared in Harper’s, Slate, The New Republic, The Village Voice, and The Rumpus, among others. She reports on the Middle East, human rights, and mental health for a variety of outlets, and is working on a reported memoir about the cross-section of these subjects in the refugee experience. She currently divides her time between New York City, the Midwest, and the Arab world. She’s on Twitter as @SarahAziza1, and more of her work can be found at www.sarahaziza.com.

David Biello is the author of The Unnatural World: The Race to Remake Civilization in Earth’s Newest Age. He has been covering energy and the environment for more than a decade and is the science curator for TED as well as a contributing editor for Scientific American.

Torie Bosch is the editor of Future Tense, a project of Slate, New America, and Arizona State that looks at the implications of new technologies.

A.M. Gittlitz is a freelance writer and bike courier living in Brooklyn. His work focuses on counterculture and radical politics of the left and right. He is the author of several zines including Ruin Value, about backpacking through Europe’s dying leftist infrastructure,and KAMIKAZA, a biography of the late Yugoslavian chaos punk Satan Panonski. Both are available from Booklyn. He is currently researching the UFOlogy-obsessed communist sect of Posadism and Star Trek’s socialist vision of the future. For more of A.M.’s essays visit GITTLITZ.wordpress.com.

This is a schematic of a talk I gave at the 2017 Left Forum about the intersections between science fiction and communism, specifically the left UFOlogy resurgence of neo-Posadism. The editor wanted the story routed in the history of socialism, so I began by talking about the sf-influenced Proletkult section of the Bolshevik party. More specifics about the “space comrades” and Posadas himself will come in a longer piece soon!

In the midst of the worldwide worker and student uprisings in 1968, the Argentine Trotsykist leader known as J. Posadas wrote an essay proposing solidarity between the working class and the alien visitors. He argued that their technological advancement indicated they would be socialists and could deliver us the technology to free Earth from the grip of Yankee imperialism and the bureaucratic workers’ states.

Such views were less fringe and more influential than you might think. Beginning in 1966, the plot of “Star Trek” closely followed Posadas’s propositions. After a nuclear third world war (which Posadas also believed would lead to socialist revolution), Vulcan aliens visit Earth, welcoming them into a galactic federation and delivering replicator technology that would abolish scarcity. Humans soon unify as a species, formally abolishing money and all hierarchies of race, gender and class.

“A lot has changed in the past 300 years,” Captain Picard explains to a cryogenically unfrozen businessman from the 20th century in an episode of a later “Star Trek” franchise, “The Next Generation.” “People are no longer obsessed with the accumulation of things. We’ve eliminated hunger, want, the need for possessions. We’ve grown out of our infancy.”